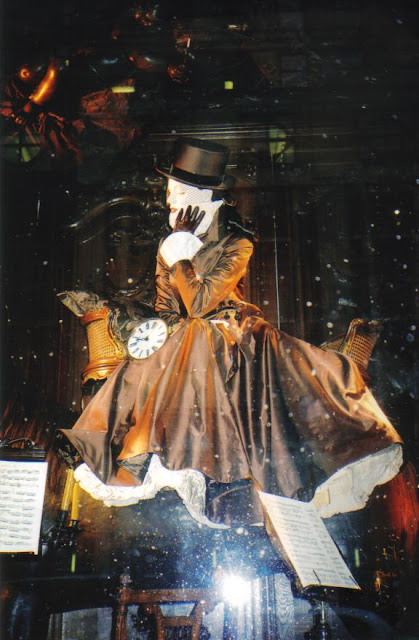 After 25 years of working in the Retail Industry, I found myself this past Black Friday overwhelming disconnected. I didn't have to be at "the store" to pass out snow=globes, Rudolph antlers, or a silly red lit noses at 4AM. I was home watching it happen on the television. But as I watched the news report of the stores, eagerly awaiting the onslaught of shoppers, I learned of an actual exhibit paying TRIBUTE to the LOST art and craft of Holiday Windows and Displays... all things CREATIVE. Window displays, especially as theatrical as Christmas, has actually become a part of OUR AmerciCAN history. So much so that the Smithsonian's National Museum of American History, in Washington DC,  is exhibiting the trade in all its glory. 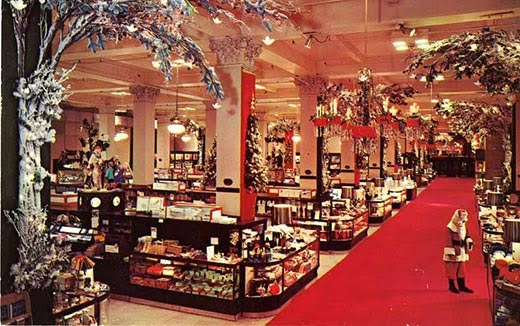 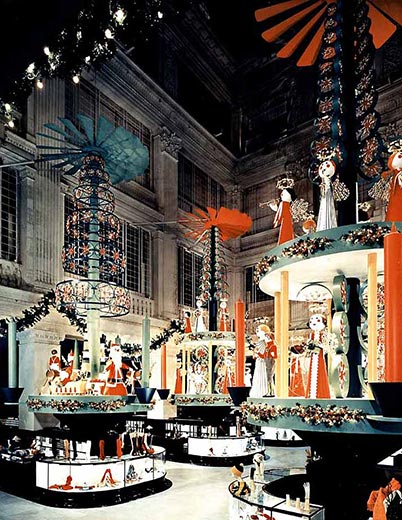 “Holidays on Display,” is an exhibition examining the art, industry and history of commercial holiday display from the 1920s to the 1960s. It is open on the museum’s third floor, west. Recently, Larry Bird, the show’s curator, guided visitors through the gallery, narrating the colorful history of parade floats, including examples from the Macy’s Thanksgiving Day Parade and the Tournament of Roses Parade, and the theatrical settings and window displays of department stores like Macy’s, Marshall Field and Co. and John Wanamaker’s 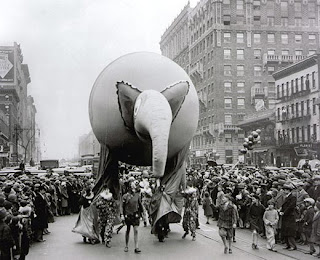 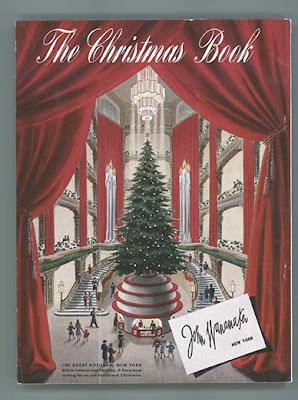 LONG BEFORE THE INTERNET, Catalogs were the extension of the brick & mortar means of shopping. The styling and production of the catalog is yet another loss to the retail industry. 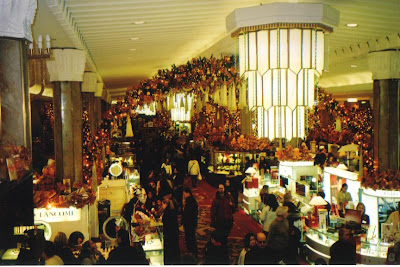 It not only brought a tear to my eye, but a smile to my face to know SOMEONE appreciates the craft and talent that goes into displays. Over the years, I've watched it shift from being talent to task oriented (especially down here in South Florida).  Before it was about "giving" a form of entertainment to consumers and to help lure them into stores. Now all stores do is slap up a banner screaming 50% Off! and then they are expected to meet or beat some kooky sales goal some suit in an office in another state dreamed up the night before. 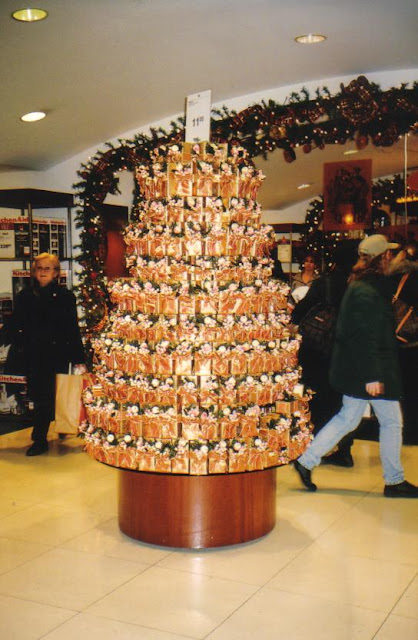 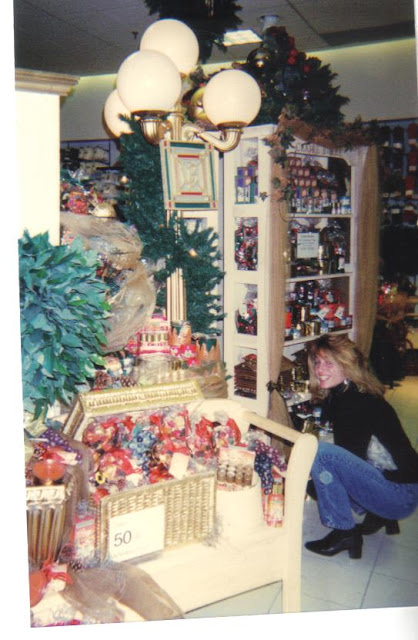 
Although my experience in display and merchandising was developed down here, I was raised seeing and being a part of Americas history while strolling down Fifth Avenue with my Godmother. I can't be up north this Christmas, but I still reminisce of the fabulous window displays I was raised on. A few years ago, I was able to journey up to the City to see them, and even looking at them today, I find their presentation timeless... 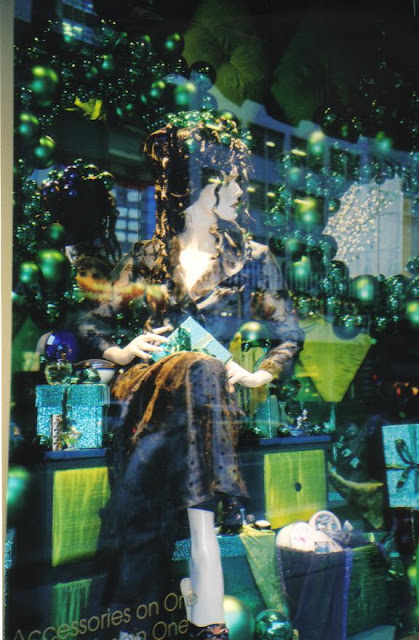 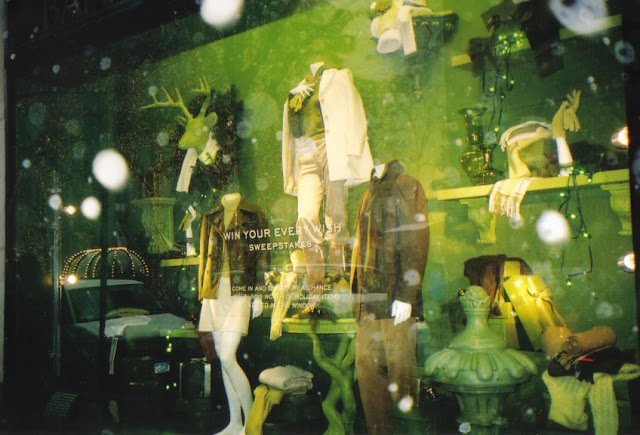 Above are stores utilizing a technique called Color Blocking, which in Interior Design would be called monochromatic, or now-a-days, color pop. This technique in window displays creates a greater IMPACT, causing the shopper to STOP dead in their tracks. Here's where the hope of the retailer is to compel you to come in. 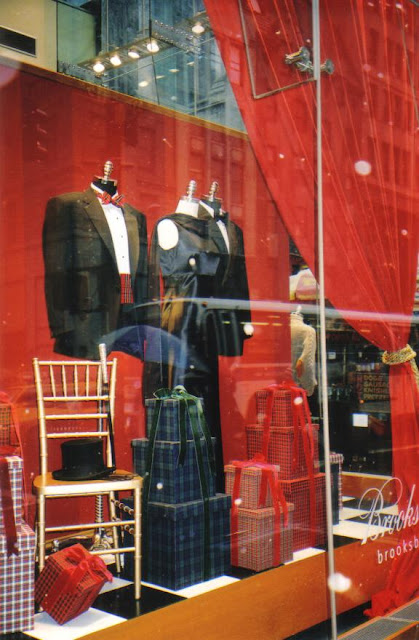 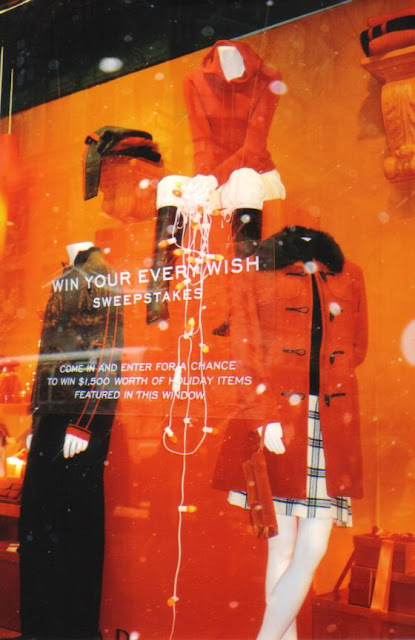 Again, here retailers not only hoping the color impact will stop to bring you in, but the subtly of the sweepstakes also plays a part in the allure to lure.
Usually window displays are about a trend, but at Christmas time, they can be themed as Saks did one year with music... 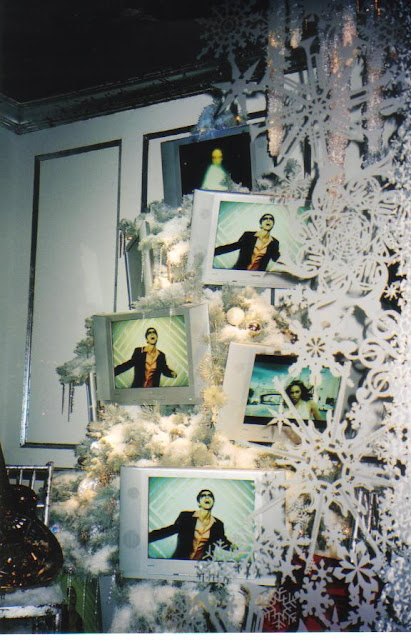 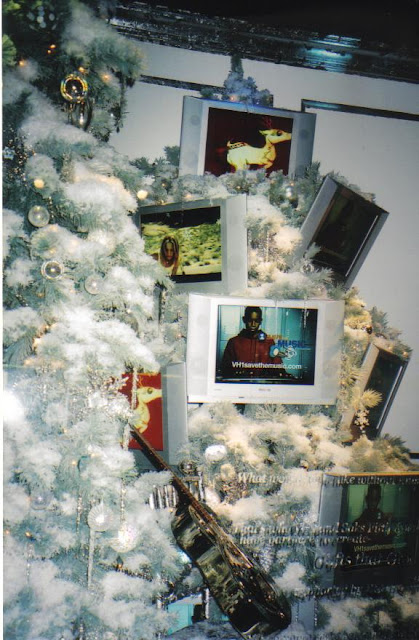 Or windows can be nostalgic, dreamy, and whimsical 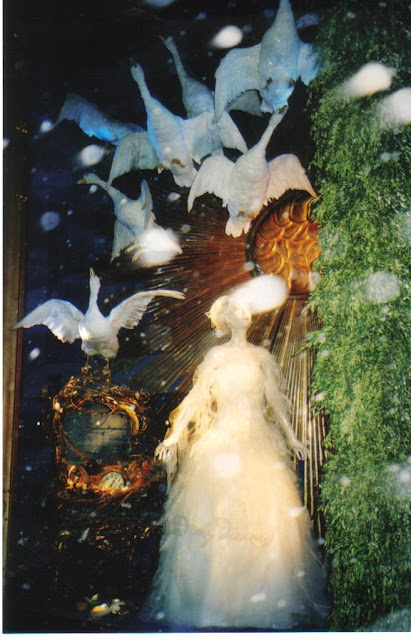 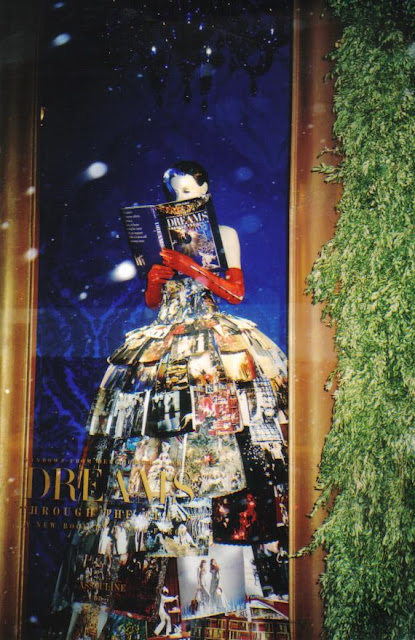 My faves by far are those with glamor and GLTIZ.... 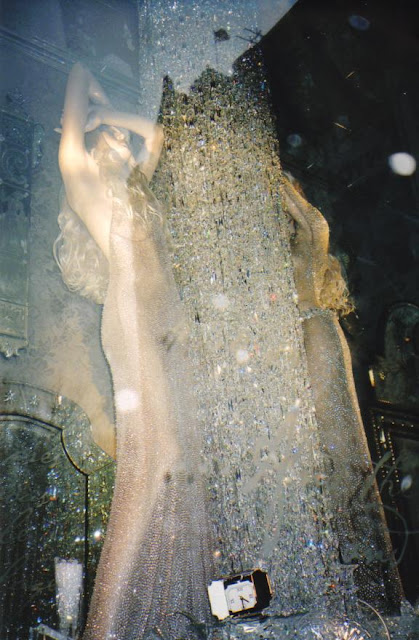 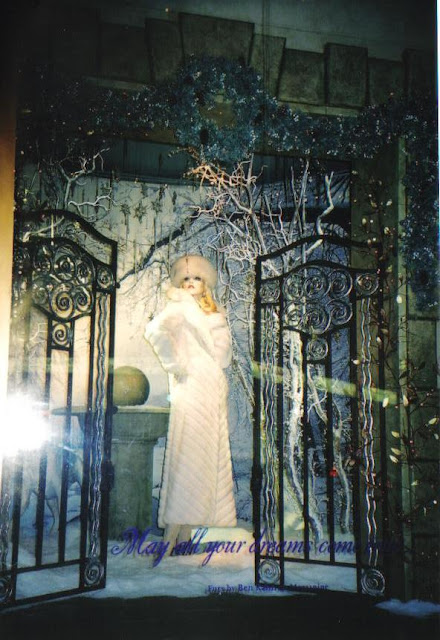 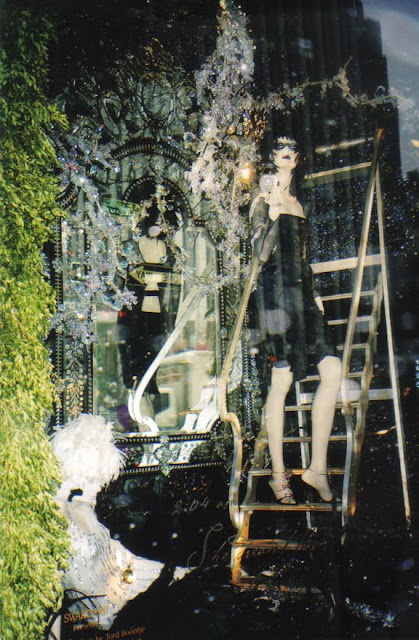 So if you're in a bubble, 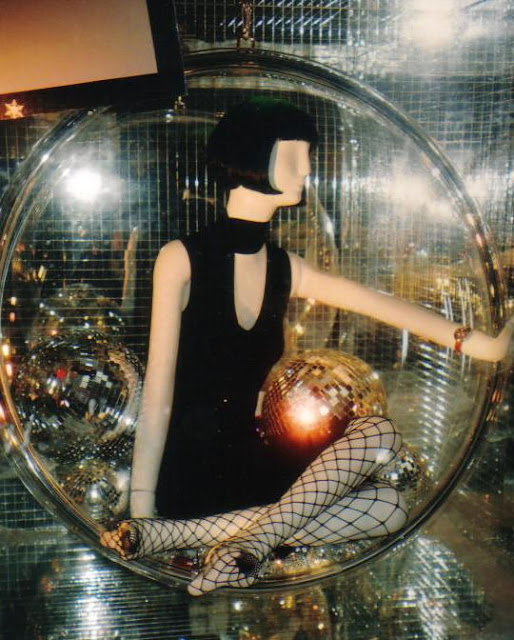 break yourself free,
and take a stroll down Fifth for me...

Posted by LYNDA QUINTERO-DAVIDS at 10:15 AM

Email ThisBlogThis!Share to TwitterShare to FacebookShare to Pinterest
Labels: Christmas, Compelling, Holiday, Impact, Lynda Quintero-Davids, Photography, retail, Retail Industry, Visual Merchandising, Window Displays
LYNDA QUINTERO-DAVIDS
Hello and Welcome to Focal Point Styling! I'm Lynda - sharing simple solutions to style & organize your home, fashion & decor trends, savvy shopping tips, market events, plus local love from the places I've experienced. I started this blog back in late 2009 when I lived in Miami. In 2011, I moved to Phoenix, AZ and rented a house until late 2014, when I relocated back east to the Triad in North Carolina - Join me on my journey!