CHRISTMAS AROUND THE WORLD LUNCHEON

Sharing the winter centerpiece idea the other day reminded me of one of the company holiday luncheons I set a few years ago - and I'd like to share the idea with you too. Taking into consideration how multi-cultural South Florida is, and wanting to be all inclusive, showing its diversity, I had used it as the catalyst of inspiration for the celebration. Rather than just put up the extra store decorations we had on hand and as they were, I took it a step further. I stripped all the lights and decor, and sprayed all the green garlands and wreaths white - not solid white - but so it looked snowy. And rather than just attaching ornaments, I found a company online that sold flags. They sold 30 ft. banners for countries. Since most of the employees at the store were from the Caribbean and South America, I ordered two banner sets representing all those countries - and wrapped the garlands with them. 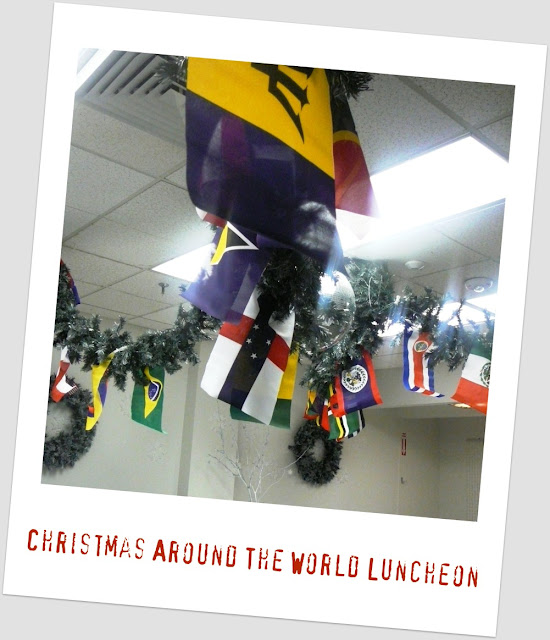 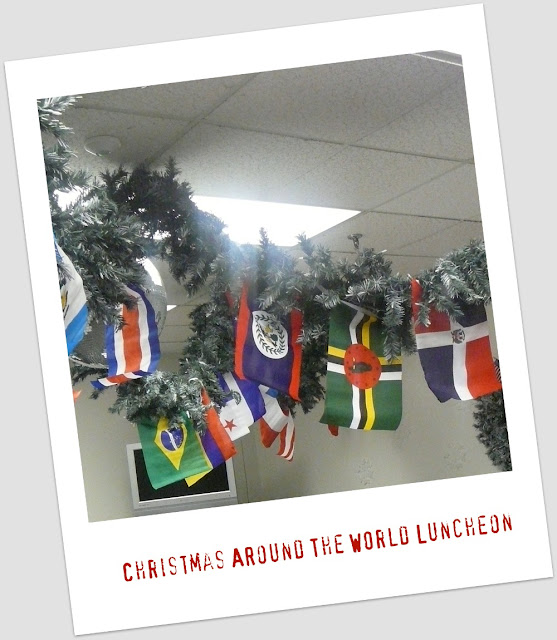 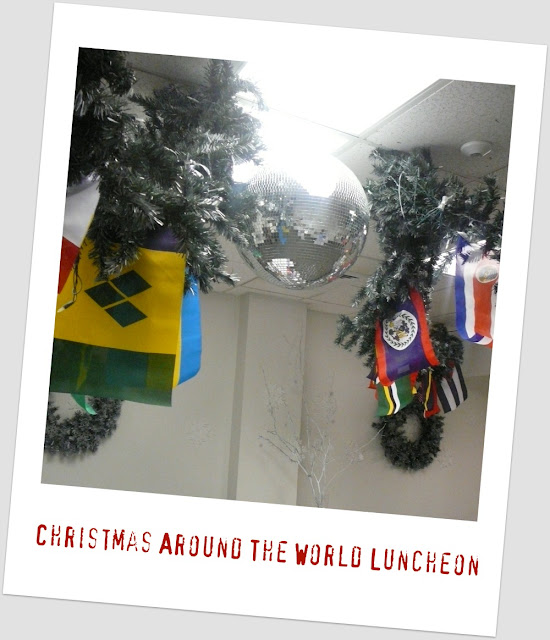 The garlands were each ten feet long, so I swagged them in the ceiling - as an "X" - and wrapped the flag banners around them. I think the banners were only $30 each and by cutting them in half, I had enough to do four swags. We all love to dance, so for the ceiling centerpiece, I joined the four swags with the mother of all mirrored disco balls we've had since decorating store shops for the Millennium. Everyone loved walking in the room and looking up to find their country. And when they did - man! what a smile came over their face! It was just further proof that the little things we do for others means so much... 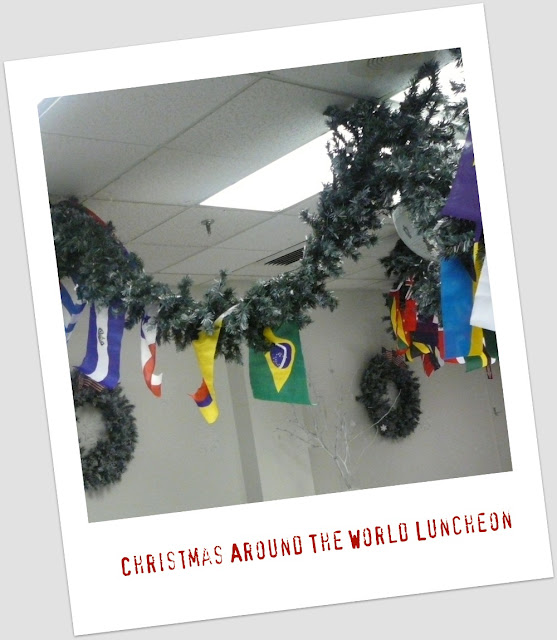 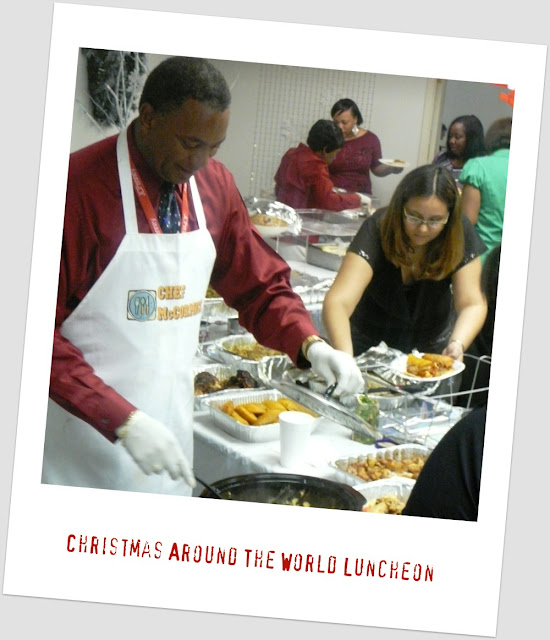 But not everyone in the store was from the Caribbean and South America. Some others were from Italy, Russia and even Israel. To include also them, I had found some other mini flags, along with flag toothpicks I used on the dessert table and a wall display. I had covered the two meeting room bulletin boards with different legends, tales, and stories about how Christmas from other countries is celebrated. I found them online also, printed them on some holiday craft paper with stars before attaching them to the boards. Again, people smiled when they saw their country, or even got to read about how Christmas was celebrated in their friends country. Again, to include everyone, I had also made a Hanukkah display on one of the dessert tables with a simple white satin cloth, a menorah, and blue Stars of David. 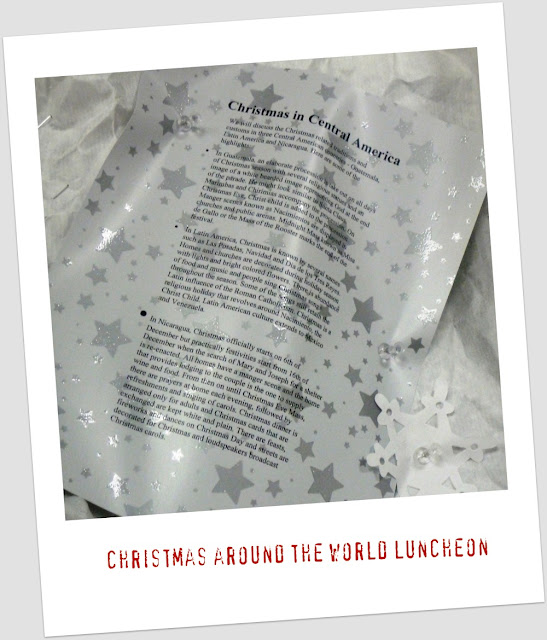 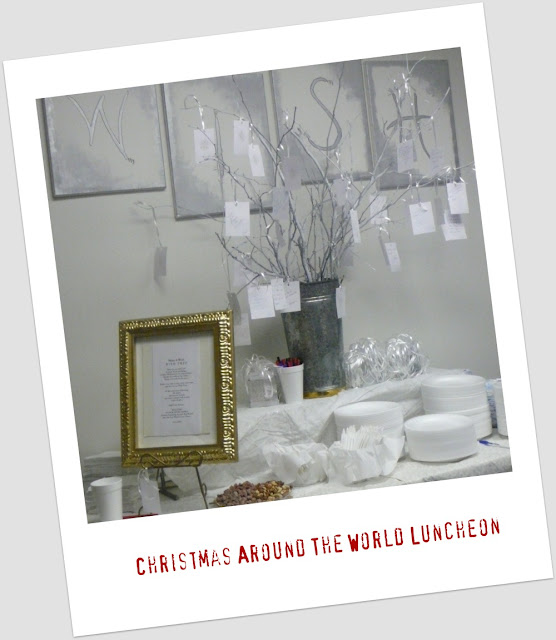 Since it had been a relatively rough year for all of us (it was 2008), I also created a "Wish Tree" - yes, using my beloved signature branches. I had gotten a package of 3x5 index cards, cut them in half, stamped a snowflake on the back of all of them, and had my visual girls attaching ribbons to all of them. I filled a galvanized can we had with rocks and set the wish tree on the front table with all the napkins, plates and silverware. I printed & framed a sign not only welcoming everyone to the luncheon, but asking them to place their wish on the tree. At the end of the day, three wishes would be (granted) selected to win a prize (a gift card). People not only stopped to write their wishes to hang on the tree, they also used this as a backdrop for picture taking. 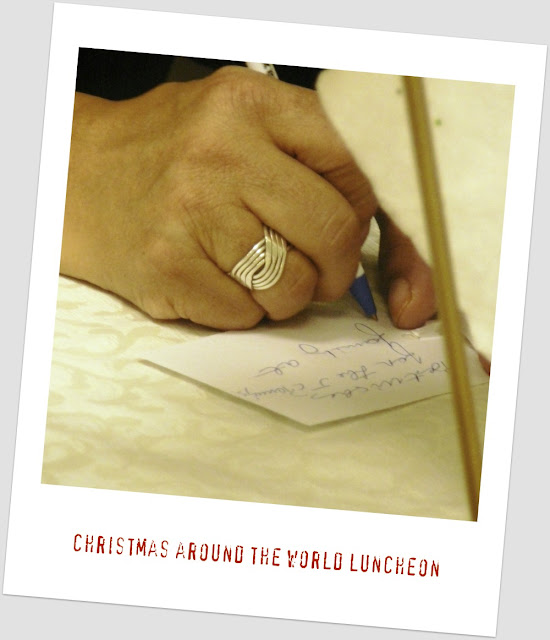 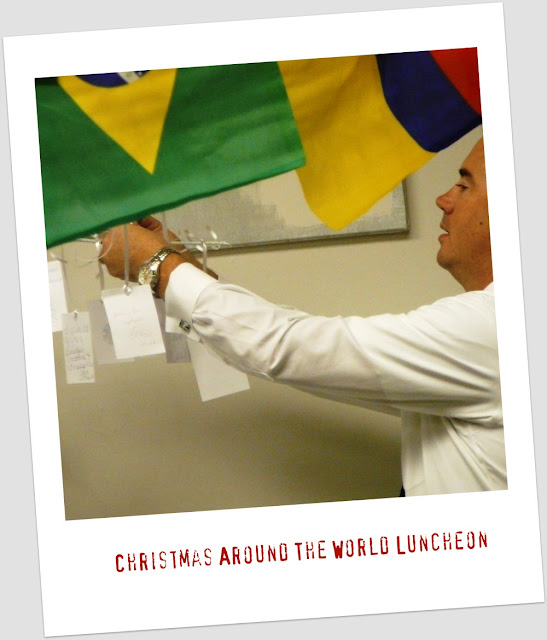 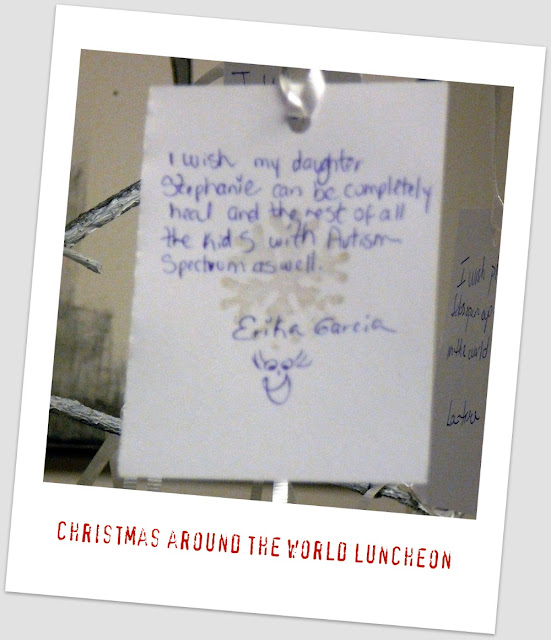 Times were tough, and the room was decorated on a budget, still nothing seems to bring people together like sharing food does. We had asked the associates if they would bring a dish - representing their country- to share at the luncheon. The store had bought the main meats - the ham & turkey, along with a few trays of sides - but being able to try foods from other countries was over the top! We all enjoyed foods such as curry chicken from the Caribbean to Italian meatballs to potato latkes and baklava and even some flan for dessert... 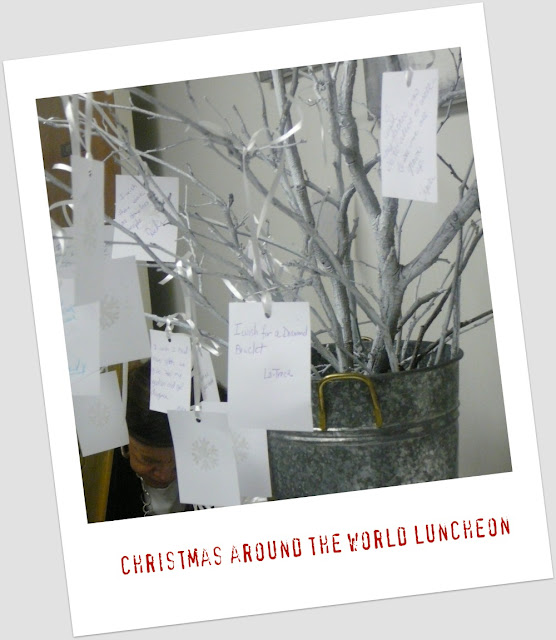 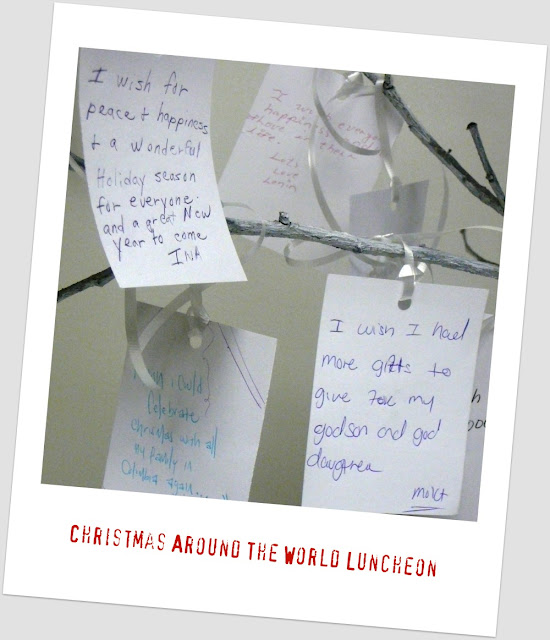 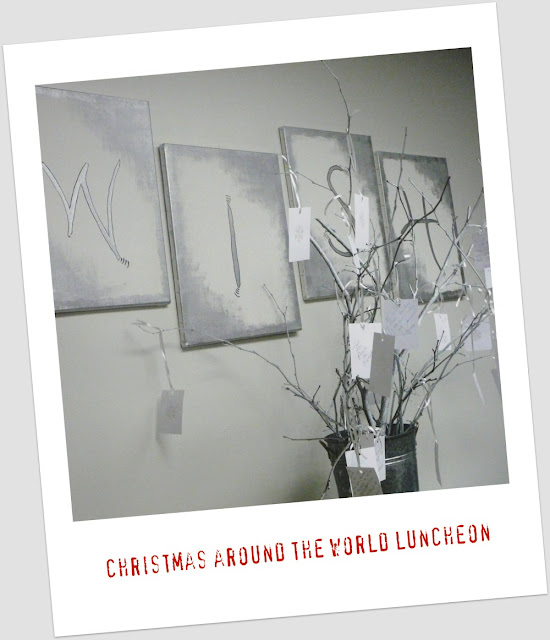 In all the years I was at the store, this was by far not only the happiest I had ever seen the associates, but also the most engaged for a luncheon event... with virtually 0 complaints (and trust me - for this bunch - THAT was a wish and a dream come true!!! lol) 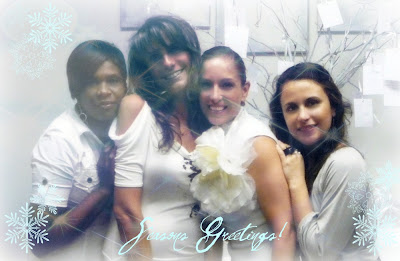 Good times...
Hope you are enjoying your holiday season!

LINKING THIS POST TO
Between Naps On The Porch - Tablescape Thursday 121
﻿
Posted by LYNDA QUINTERO-DAVIDS at 12:03 AM

Email ThisBlogThis!Share to TwitterShare to FacebookShare to Pinterest
Labels: Christams decor, Christmas, DIY, entertaining, winter
LYNDA QUINTERO-DAVIDS
Hello and Welcome to Focal Point Styling! I'm Lynda - sharing simple solutions to style & organize your home, fashion & decor trends, savvy shopping tips, market events, plus local love from the places I've experienced. I started this blog back in late 2009 when I lived in Miami. In 2011, I moved to Phoenix, AZ and rented a house until late 2014, when I relocated back east to the Triad in North Carolina - Join me on my journey!