A Decade of (HGTV) Design 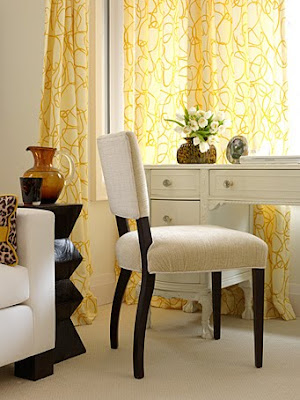 I feel for those having HGTV dropped from their programming schedule today. HGTV programming has come a LONG way over the past decade. With the new programming starting today this was just poor timing...

Kenneth W. Lowe (then a radio executive with The E.W. Scripps Company and subsequently CEO of Scripps Networks Interactive) envisioned HGTV in 1992. With modest financial support from the E.W. Scripps board he purchased Cinetel, a small video-production company in Knoxville, TN, as the base and production hub of the new network. 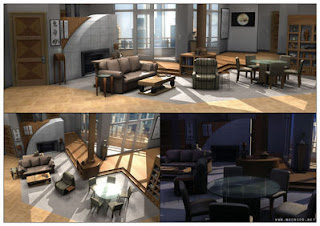 Remember back in the 90’s, when we dreamed of living in the apartments of FRIENDS or FRAISER? Well that’s when HGTV began. The channel which originally started as the "Home, Lawn, and Garden Channel", was then launched during the month of December of 1994. The name was later shortened to be the recognizable logo of HGTV. It now reaches 94 million households in the United States with partner networks located in Canada, Japan, and elsewhere.

HGTV has undergone some serious program changes through the years, especially in the past decade. Remember Designing for the Sexes, where host and designer Michael Payne would try to ‘merge’ a couples design styles together? His show started in 1998, which was the year I first learned about HGTV. Every weekend, I’d sit in my apartment, on my HP PC, using then Prodigy dial-up as my internet access. When I wasn’t on the web, I’d be sitting at my drafting table, drawing up next weeks’ school project. And now, his then assistant, Lisa LaPorta co-hosts a staging show called Designed to Sell. What an incredible inspiration and tool for learning HGTV has been. Some of the changes have been good. I didn’t particularly care for the Carol Duval Show or Room By Room, but I’d watch them anyway because I was eager to learn about decorating. One of the shows I do miss was Debbie Travis Facelift. She added character to her program and showed people how to make that drawing a reality. I also enjoyed watching how Chris Casson  Madden, although kinda snooty, would interview people and add wonderful visual descriptions to her Interiors By Design. Although I never got to meet her, I did get to work with her merchandise. From her I learned a valuable important design lesson: “Design is not just about how something looks but also how it feels.” 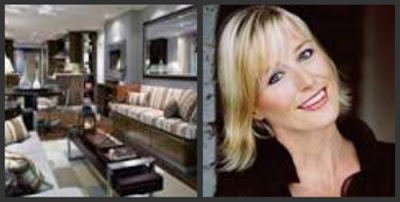 As HGTV became more popular, it started programming some more modern design programs like Candice Olson’s Divine Design, Kenneth Brown’s RE-Design and Karen Mcaloon’s Design Re-Mix and Find Your Style. As the ‘RE’ generation began to take off, HGTV picked up the pace with a little designers’ competition and added Designers Challenge. Design Star brought us David Bromstad’s Color Splash and Kim Myles Myles of Styles. But that competition was just the tip of the designing iceberg: in comes the ever interactive Rate My Space!

That sort of high-tech design competition needed a high energy and explosive personality of Angelo Surmelis. Although he started on HGTV with 24 Hour Design, he quickly gained even more popularity through host his show and NEW pod-casts of Rate My Space. What other programming do you watch where you could post YOUR OWN creations on the web, get overdue recognition or constructive critism, and be engaged with an extensive network of people, all from the comfort of your HOME office? (ok, ‘maybe’ facebook, but they don’t have a TV show - yet) 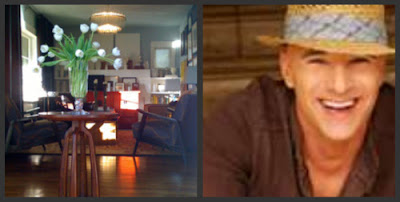 
Several other programs have been added and offer variety from several facets of design. HGTV still has its weekend warrior shows like Hammer Heads, its green programming with Carter Can and garden shows like Gardening By The Yard. And it’s kept in tune with the wonderful world of real estate with The Stagers, The Unsellables, Get It Sold, and the (way) over shown House Hunters. But I’m ready for something fresh in the New Year. 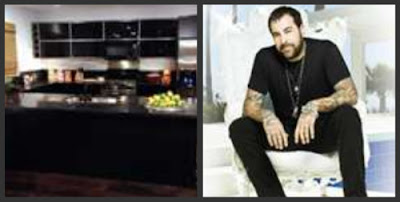 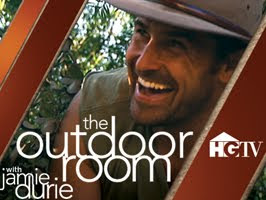 Although I’m devoted to Karen, Candice and Angelo, I’m going to be tuning into Antonio, Jamie, and Sarah. I’m proud to say I voted for Antonio and LOVE the take on him being the ‘Rebel of Re-Design’ with his show, The Antonio Treatment. Not for anyone particular reason, but I’m also looking forward to learning more about creating exterior spaces with Jamie Durri’s The Outdoor Room. 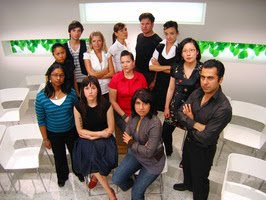 A new take on reality TV and design competition will be the new show the Design Interns. Having studied interior design (but not completing due time conficts with work), I'm sure this show will be making an emotional connection. I believe HGTV needed this new addition to keep on top of similar program on other networks (ie: Launch My Line, Tabathas's Salon Takeover, and Project Runway). It may add a little drama, but that's what makes it real (and I'm sure it will be an engaging topic on facebook)

But by far, the new show I'm most looking forward to is Sarah Richardson's program, Sarah's House. Not that I'm comparing her, but.... she does have a similar style to Cadice Olson: Modern Elegance. But her personality will be different... 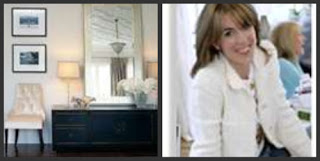 As you can see, I'm a fan of HGTV. Through the years of their programming, I have learned how to develop my style. The largest testimony of that developement can be seen HERE, where I have several posting of our home on RATE MY SPACE.  My inspiration for posting was due to their advertisement for Rate My Space, as well as one favorite post made by RMS'r sadiapz back in 2007. I'm looking forward to this year... I'm like a sponge, ready to absorb DIY tricks, new color combinations and learn new writing techniques. 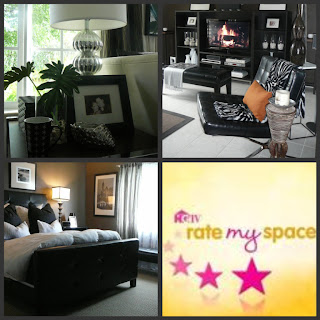 Thanks for visiting Focal Point today.

What are some of your fav HGTV programs?

Posted by LYNDA QUINTERO-DAVIDS at 3:08 PM

Email ThisBlogThis!Share to TwitterShare to FacebookShare to Pinterest
Labels: Angelo Surmelis, Candice Olson, HGTV, Rate My Space, Sarah Richardson
LYNDA QUINTERO-DAVIDS
Hello and Welcome to Focal Point Styling! I'm Lynda - sharing simple solutions to style & organize your home, fashion & decor trends, savvy shopping tips, market events, plus local love from the places I've experienced. I started this blog back in late 2009 when I lived in Miami. In 2011, I moved to Phoenix, AZ and rented a house until late 2014, when I relocated back east to the Triad in North Carolina - Join me on my journey!