RAINY DAY MONDAY DIDN'T GET ME DOWN 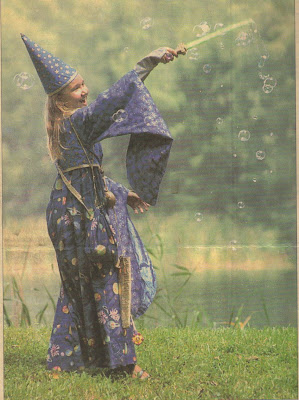 I know that sounds odd for a title, but it is Tuesday, and yesterday it poured BUCKETS! So much so that it caused my husbands flight to Dallas to be delayed for FOUR hours (which he was stuck on the plane for). I couldn't work outside on the patio or garden, and all the house is in order... so I took some time to reflect on my building online presence over the past six months. Although my experience and the numbers are building, the employment I hoped to get from it isn't happening - so it's time to wave my magic wand and try something new.

Social Networking
I've put myself  "out there" as a home stylist on sites like houzz.com, HGTV and Rate My Space. I've posted my work on Design Stories Social Network and even kept in touch with my professional merchandising experience through Professional Retail Social Network, as well as connected with designers through Twitter, Blogging, Facebook and the FOCAL POINT Fanpage...

For rainy day Monday, I ventured onto activerain, a Real Estate Social Networking site, which also has a sub-site breakdown called Localism.com. Along with the profile I created, I attached some before & after photos, to further promote my ability to do home staging and redesign. I also joined two of their groups, and posted the patio redesign (which two homestagers already gave positive feedback on). I'm already ranked in Broward County at 287 /1,865 and rank in my local area of  Hollywood at 15 /109 (which has already jumped from its initial 31/103 - so I must be on the right track). 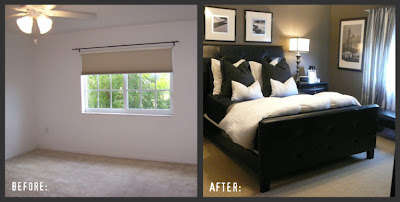 Master Bedroom converted into a Sweet Retreat
The site is mostly consisting of Real Estate agents, who already have listings... and from the photos, some clients who are in NEED of some (serious) decluttering, color, impact, clarity and new photos of their space in order to sell it. I set visual in stores to sell merchandise - I CAN do this. My community alone has 35 units for sale, 11 of which are for Short Sale (I don't know what that is yet, but I'll figure it out!), and 2 are Foreclosures (one of which is across the street from MY home, and has been vacant for over a year now). 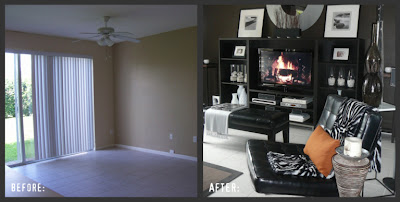 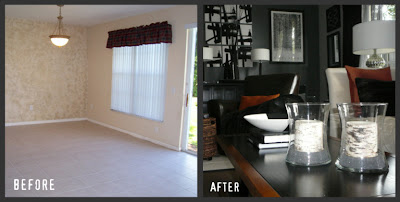 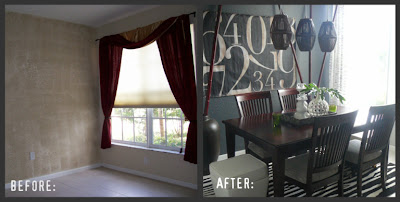 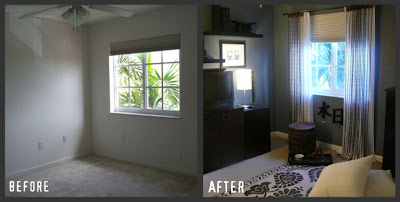 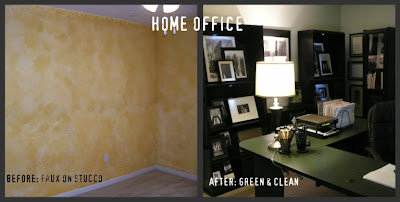 2nd Bedroom set as a Home Office
My husband suggested we go tour some of these "Open houses" on the weekends (especially on Sundays), so I can pass out some of my contact cards & postcards I've already made. It may not necessarily be a home owner wanting to pay for the staging, but a realtor, who is already going to make a sizable commission, may want to invest in home staging to ensure the sale and their commission. 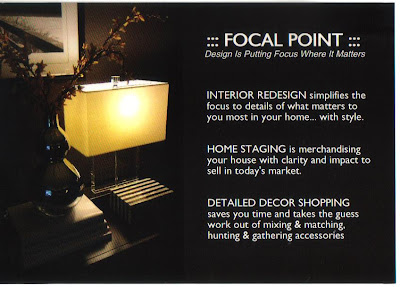 1 of 2 styled postcards I designed 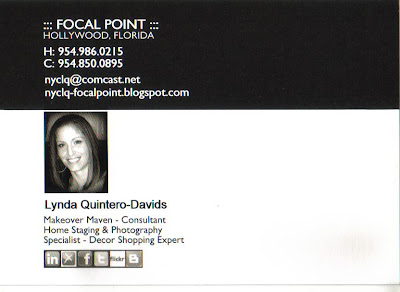 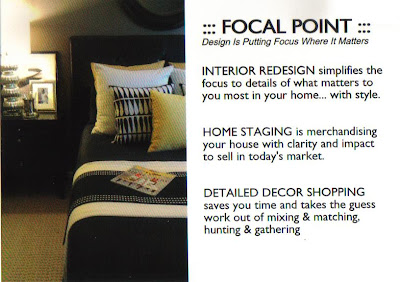 2 of 2 styled postcards I designed 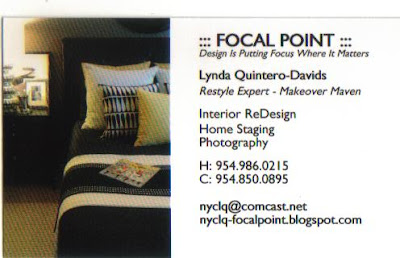 So let's see what this next 'drop in the bucket' produces. I read a tweet today that said, "Fear is simply a sign that you are close to a break through - keep going in faith." which faith and talent I have. I use to have on my desk a saying that read, "I am a lone reed bending in the wind - but will not break" So let's see if between the wind and the rain, I can turn the second half of this year into a HER-I-CANe (hurricane). 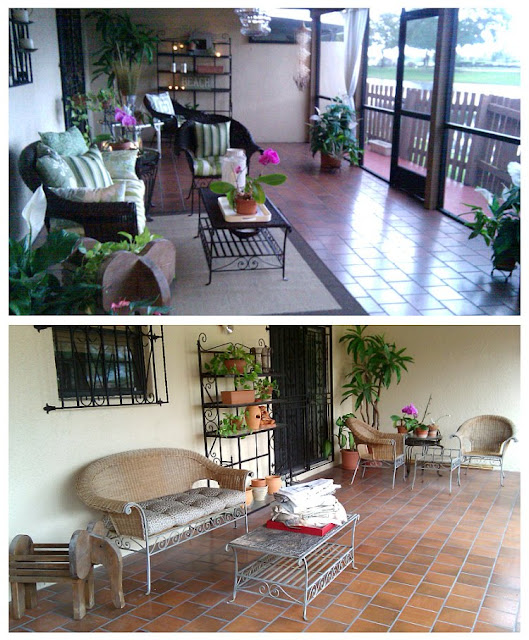 All photos & designs by Lynda Quintero-Davids
"The best prize life has to offer is the CHANCE to work hard...
at work WORTH doing." Theodore Roosevelt

Posted by LYNDA QUINTERO-DAVIDS at 7:50 AM

Email ThisBlogThis!Share to TwitterShare to FacebookShare to Pinterest
Labels: FED UP, focus, home staging, keeping focused
LYNDA QUINTERO-DAVIDS
Hello and Welcome to Focal Point Styling! I'm Lynda - sharing simple solutions to style & organize your home, fashion & decor trends, savvy shopping tips, market events, plus local love from the places I've experienced. I started this blog back in late 2009 when I lived in Miami. In 2011, I moved to Phoenix, AZ and rented a house until late 2014, when I relocated back east to the Triad in North Carolina - Join me on my journey!